Whether you’re fulfilling a lifelong dream of being close to a Gorillas’ habitat or you’re looking for an exciting alternative to your usual holiday, why not consider our 4 Days Rwanda Gorilla Trekking Safari? As part of a guided tour you will start out in Kigali where you can explore the surrounding areas as well as the Volcanoes National Park. The next day will be spent trekking with the Gorillas in the Volcanoes National Park where you could come face to face with a Silverback.

Morning or afternoon arrival into Kigali International Airport. Met by an East Africa Adventure Tours & Safaris representative, outside the Airport Arrivals section, and transferred to your Kigali hotel/guest house. Rest of the day/evening at leisure at your hotel, with dinner on own arrangements.

Breakfast at your hotel, followed by check-out. Thereafter, join your safari driver-guide for a morning tour of Kigali City (cost of city tour included). The history of Rwanda dates back centuries, Kigali has been a part of it for 100 years. Founded in 1907 as a German settlement, Kigali did not become the capital until Rwanda’s independence in 1962 when it replaced the colonial seat of power in Butare. Visit the Kandt museum, see old Kigali and the craft centres then visit the genocide memorial site. Learn about Rwanda’s history from pre-colonial times to the 1994 genocide; learn about other genocides in the world and how this country has dealt with that past. Tour more and see the new developments in Rwanda; the recovery has been incredible, a testament to humankind’s resilience.

At the end of the city tour, enjoy lunch at one of Kigali’s popular restaurants (cost of lunch included).Later, depart and drive north-west of the country to the Ruhengeri area, at the foothills of the Volcanoes Mountains. 2.5hrs.The Volcanoes National Park lies in north-western Rwanda and borders Virunga National Park in the Democratic Republic of Congo and Mgahinga Gorilla National Park in Uganda. The national park is known as a haven for the mountain gorilla. It is home to five of the eight volcanoes of the Virunga Mountains (Karisimbi, Bisoke, Muhabura, Gahinga and Sabyinyo), which are covered in rainforest and bamboo. The park was the base for the zoologist Dian Fossey. Arrive in the late afternoon, for check-in at your lodge. Relax as you enjoy the facilities of the lodge.

Early breakfast at your lodge/hotel/guest house. 0630hrs: You driver-guide will transfer you to the Volcanoes National Park Headquarters, for registration of your gorilla trekking experience. Registration – this is a simple process, involving verification of the trekkers booked for the day, by scrutinizing the permits presented and passport details – which also provides statistical information per nationality. The park staff also determine and allocate the trekking participants to respective gorilla family to visit – based on a certain criterion, such as participant age, fitness level, repeat visit, or overall number of participants for the day. They advise of the trekking times and conditions to the various groups based upon their location in the park the previous evening. There is currently a total of 80 gorilla permits available each day with a maximum of eight trekkers visiting any one group.

Once the trekkers are grouped, each group’s lead-guide/tracker briefs his group’s members of the Gorilla trekking procedures – as well as the “do’s” and “don’ts”, while in the presence of Gorillas. After the briefing, trekkers return to their respective vehicles for the drive up to the starting point of Gorilla trekking safari – “parking”, or road-head. Your trek starts in the cultivated foothills of the Virunga’s offering stirring views in all directions. When it enters the national park, trekkers will be immersed in the mysterious intimacy of the rainforest, alive with the colourful bird calls, chattering golden monkeys, littered with fresh spoor of the mountains’ elusive buffalo and elephant. Through gaps in the canopy, the magnificent peaks are glimpsed – among the highest in Africa, yet easily accessible, beckon an ascent. Weaving through overhanging vines, moss-covered hagenia trees and giant lobelias that thrive in the tropical climate, the experienced trackers – who have spent their entire lives in or close to this forest, soon brings you up close with one of the gorilla families. Trekking can take from two to six or more hours, if the gorillas move before the park rangers can locate them the next morning.

The guides stop frequently to allow trekkers to catch-up, rest and take photos along the way. Upon sighting the gorillas, you will stay with them for a magical one hour, as they go about their daily life – feeding, playing, resting and raising and protecting their young. Coming face to face with a giant silverback is certainly one of the greatest wildlife experiences on earth! At the end of the trek, re-join your driver-guide and drive back to your lodge/hotel for freshening-up and lunch. Later in the afternoon, and after a brief siesta, re-join your driver-guide for a visit of the nearby Twin Lakes of Burera and Ruhondo. Burera and Ruhondo are two beautiful lakes located at the base of the volcano Muhabura, and close to the border with Uganda.

They are surrounded by steep hills and large waterfalls with a backdrop of the Virunga volcanic mountains. The twin lakes are close to the gorilla-trekking centre of Ruhengeri and used to be referred to as neglected gems. Things have changed and the twin lakes are now popular with tourists. Their deep blue waters ringed by steep hills and tall waterfalls with the outlines of the nearby Virunga Volcanoes provide a spectacular backdrop. The lakes are separated by a 1km wide strip of land – thought to be an ancient lava flow from Mount Sabyinyo. The scenery is breath-taking as the shores of the lake are heavily terraced and cultivated with crops and the volcanoes loom ominously in the distance. Return to the lodge for dinner.

Early breakfast 0630hrs, after breakfast, your driver-guide will transfer you to the park headquarters for registration of your Golden Monkey trek. Trekking to see the Golden Monkeys is another highlight of Volcanoes National Park. The Golden Monkey is a local sub-species of the widespread Sykes Monkey, also known as the “Blue Monkey” and is endemic to the high altitude forests of the Volcanoes National Park area. The monkeys are playful and inquisitive and often spend their time leaping from bamboo branches or frolicking on the forest floor. Just as with the Mountain Gorillas, visitors are permitted to stay for only 1 hour with the Golden Monkeys. At the end of the trek, re-join your guide for transfer back to the lodge for freshening up and lunch.

After lunch, depart and drive down the foothills of the volcanoes – on the scenic journey back to Kigali. (2.5 hrs). Everything and everywhere, sheer green and hangings on the hills. Rwanda truly, land of a thousand fertile green hills! Arrive in Kigali in the late afternoon, with onward transfer to Kigali International Airport for your evening outbound flight. You also have the opportunity to stop-by the Caplaki Crafts Centre –for optional shopping of exquisite Rwandan souvenirs. The Caplaki Crafts Centre is famous for its variety of local Rwandan Arts and Crafts, such as the Agaseke.

Safari price does Not include:-

There are no reviews yet. 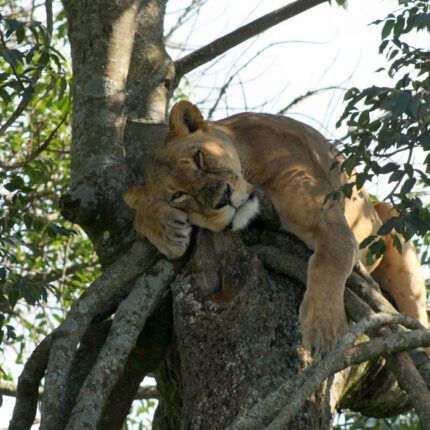 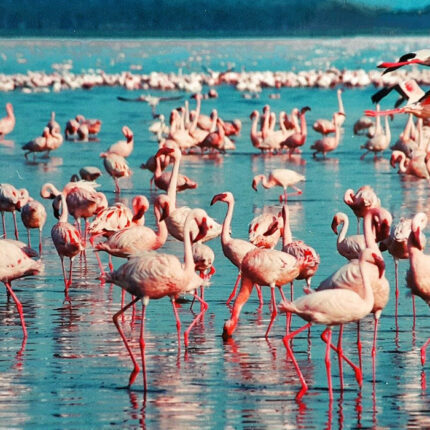 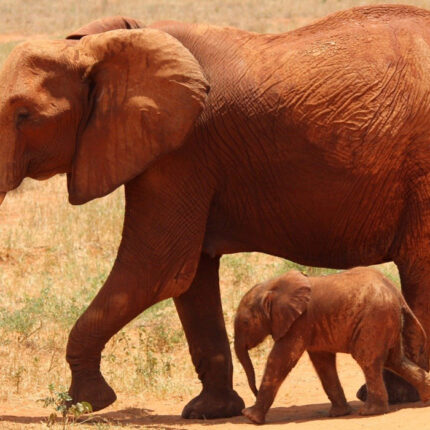 East Africa Adventure Tours & Safaris Operator in Kenya. Mastering the art of perfect adventure safaris for 10+ years in the wild!.

We know you’re bored of staying in-doors! How ab

Stay at home and travel later! Which destination

Take a break now and travel later to #tanzania! H

As #African tour operators of over 10 years, we kn

This is our kind request ☺️☺️.

To receive our best monthly deals